The History of the Vacuum Cleaner! 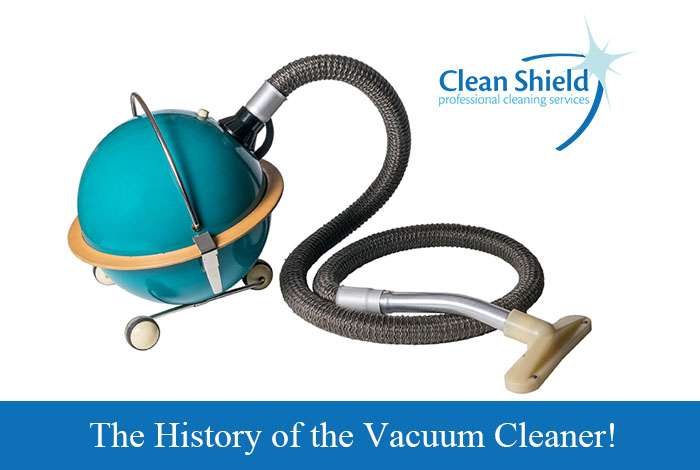 Just for a change, I thought we could have a bit of a history lesson this month.

Here’s a list of some important dates in the development of the vacuum cleaner we all know and love:

• 1860 – Daniel Hess of Iowa invented a carpet sweeper with a rotating brush that generated some suction. It was never mass produced.
• 1869 – The ‘Whirlwind’ appeared, brainchild of Ives W McGaffey. This cleaner, incorporating a hand operated fan, sold little better than Hess’s.
• 1900 – The carpet sweeper is improved by Corinne Dufour who powered it with electricity.
• 1901 – England’s Hubert Cecil Booth came up with the first motorised vacuum cleaner, driven by an internal combustion engine. It was so big it had to be mounted on a horse drawn carriage.
• 1908 – A janitor from Ohio, James Murray Spangler, invented the first motorised but portable vacuum cleaner, featuring an electric fan and a pillow case to catch the dust. He sold the patent to William Henry Hoover.
• 1920 – The first vacuum cleaners with disposable bags are produced by Air-Way Sanitizor.
• 1926 – Hoover invented a ‘beater bar’ to be attached to the rotating brush.
• 1930 – The first plastic vacuum cleaner appeared.
• 1950 – Upright vacuums are manufactured for the first time.
• 1954 – Hoover produced the first hovercraft vacuum which operated without wheels.
• 1969 – The first self-propelled vacuums are debuted by Hoover.
• 1978 – James Dyson began experimenting with bag-less vacuums. He went through more than 5,000 prototypes before his Dual Cyclone machine eventually appeared in 1993.
• 1979 – Cordless vacuum cleaners working on batteries are sold by Black & Decker.
• 1997 – The year of the robots as Electrolux’s Trilobite robotic cleaner is featured on Tomorrow’s World.
• 2002 – iRobot produced Roomba, a disc shaped vacuum cleaner with AI and sensors that can clean a room without human involvement.