Dirty toilets in a restaurant? 97% won’t be back 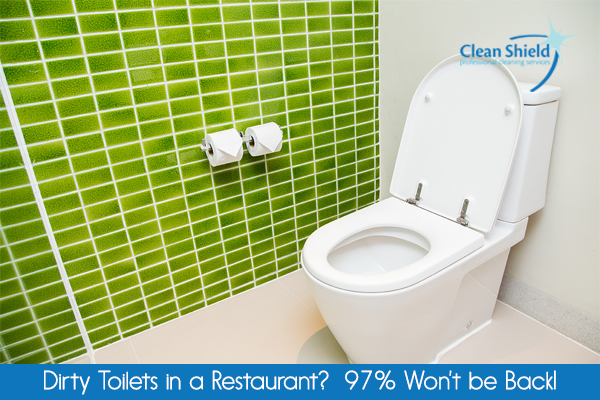 , but it seems to be a surprise to the restaurant owners who let their loos get in such a state!

A YouGov online survey of 2,000 British adults conducted by Cannon Hygiene found 97% would not return if the toilets were below standard. The major individual issues that put people off were:

We Brits don’t like touching things in public restrooms either. Nearly a quarter of those surveyed (24%) said they put paper on the toilet seat whilst almost a third (29%) confessed to squatting over the seat. One fifth (21%) of people use their elbows to open doors.

What restaurant owners might not think about is that if the public question the hygiene of their restrooms, they will almost certainly be thinking about the cleanliness of other rooms in the building, especially the kitchens where food preparation takes place.

The message is clear for all owners of restaurants, hotels, pubs and bars; us Brits will not accept poor hygiene.

The real question in my mind, however, is why 3% would go back to those places!